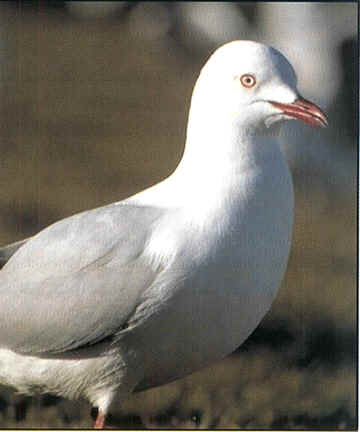 Watch Out for Those Pigeons

Every day on demolition jobsites across the United States and Canada, industry workers face a host of diverse hazards. It takes constant vigilance to maintain an accident free workplace. With all these hazards, you wouldn't think a demolition industry worker would need to worry about our feathered friends. The NIOSH and NCAD beg to disagree.

Histoplasmosis, a real tongue twister, is an infectious disease caused by inhaling the spores of a fungus called Histoplasma capsulatum which primarily affects a person's lungs and can, if left untreated, cause severe respiratory problems.

H. capsulatum grows in soils in throughout the world. In the US and Canada, the fungus is endemic and the proportion of people infected in the US is higher in the central and eastern states, especially along the large rivers of the US.

The fungus seems to grow best in soils which have a high nitrogen content, especially those enriched in bird manure. The organism can be carried on the wings feet and beaks of birds and infect the soil under roosting sites and manure accumulations inside or outside buildings, where workers are likely to encounter it.

Anyone at a job or present near activities where material can be contaminated with HC becomes airborne can develop Histoplasmosis if enough spores are inhaled. After exposure, how ill a person becomes varies greatly and most likely depends on a number of spores inhaled and the person's age and susceptibility to the disease.

The symptoms of Histoplasmosis can vary greatly. The majority of those effected will have mild symptoms or none at all. They may fight of the infection and never known they had the disease. If symptoms do occur, they usually star 5 to 18 days after exposure.

Histoplasmosis can appear as a mild, flu-like illness and has a combination of symptoms which include malaise, a general ill feeling, fever, chest pains, dry or nonproductive cough, headache and hoarseness. A chest X-ray can reveal distinct markings on an infected person's lungs.

Demolition industry workers at risk for exposure to HC may learn useful information from a histoplasm skin test. The results of skin testing would inform each worker of his status regarding either susceptibility to the infection by HC or partial protection against ill effects if reinfected.

The real secret to prevent Histoplasmosis is to prevent the accumulation of manure in the first place. If a colony of birds is found in a building, immediate action should be taken to exclude them and seal off al entry points so they do not return.

When an accumulation of bird manure is discovered in a structure, it is important to post the area with signs warning of the potential health risks. Each sign should have the name and number of a person to be contacted if there are any questions about the area.

Air sampling, surface sampling or the use of any other method intended to confirm that no infectious agents remain in a building following the removal of the manure is unnecessary in most cases. However, before removal activity is finished, the cleaned area should be inspected visually to ensure that no residual dust or debris remain

Disinfectants can be used to treat contaminated soil and accumulations of manure where removal is impractical or as a precaution before a removal is started. Formaldehyde solutions are the only disinfectants proven to be effective for decontaminating soil containing HC. Remember, that formaldehyde can produce serious health risks if improperly applied so only trained people should be used to handle the chemical.

Any material that might be contaminated with HC that is removed from a worksite should be properly disposed of or decontaminated properly and safely and not merely moved to another area where it could still be a health hazard.

Before an activity is started, the quantity of material to be removed should be estimated. If the approximate volume of manure in a building is known, the approximate weight can be calculated using a conversion factor of 40 lbs per foot. Requirements established by local, state and federal authorities for the removal, transportation and disposal of contaminated material should be followed. Arrangements should be made with a landfill operator concerning the quantity of materials to be disposed of, the dates when the material will be delivered and the disposal location.

It is also important to remember that the potential for the exposure to HC exists for other trades onsite or to the general public. The  three largest outbreaks of HC  all took place in Indianapolis during the fall of 1978, the spring of 1979 and in early 1980. In the first outbreak, an estimated 120,000 people were infected and 15 died.

Histoplasmosis can be prevented by carefully evaluating the situation on your jobsite and following  normal decontamination safe work practices.